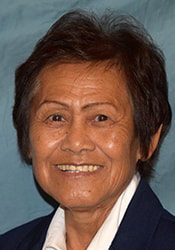 Jan Allen
Officiating the sport of soccer for over 46 years, Jan worked from youth leagues to adult semi-pro including the collegiate level. She is a member of the National Federation Soccer Rules Committee for the past five years and is a member of the Hawaii High School Athletic Association soccer tournament committee. She founded the Hawaii Scholastic Soccer Federation Referees Association and served as president. 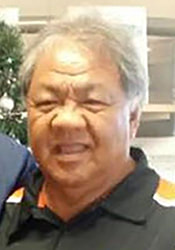 Samuel (Sam) Delos Reyes
A well-respected coach and athletic director, Delos Reyes was also among the top high school and collegiate basketball officials in Hawaii. He officiated 33 years with the Hawaii Basketball Officials Association and worked nine state title games. He was also hired by the Western Athletic Conference (men) and Big West Conference (women) to work collegiate games. In 1989 he became the commissioner and assignor of the Hawaii State Basketball Officials Association and ran that association for 15 years. 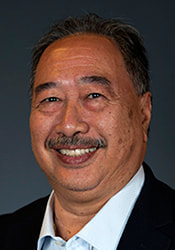 Wayne Lee
In a volleyball career that spans nearly 30 years, Wayne Lee is among the leaders in officiating as well as teaching and mentoring others. He currently works high school and collegiate matches and serves as the Aloha Region Officials chair and HHSAA volleyball officials coordinator. He worked with the University of Hawaii to establish that all officials be certified as USA Volleyball Junior or National referee status prior to becoming a collegiate official thus raising the bar in the perception of officials. 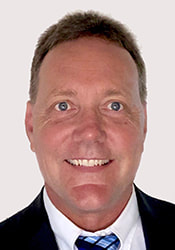 Matthew Sumstine
A former on-field official, Matthew Sumstine reached heights in officiating as Hawaii’s first official from Hawaii to serve as a National Football League replay official. Prior to this assignment, he worked as a Western Athletic, Big 12 and Mountain West Conference on field and replay official since 2005. He is also active as the HHSAA coordinator of officials and is the co-founder of many clinics throughout Hawaii. He often asked to serve as clinician in Texas and as far away as American Samoa.